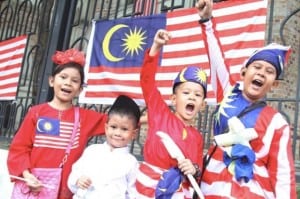 The world’s friendliest destination for Muslim travellers, according to a survey released earlier this year, is Malaysia. However, Japan has shown the most improvement as it ramps up efforts to cash in on a growing market.

The survey evaluates countries in terms of their attentiveness to the needs of Muslim travellers, including the presence and accessibility of halal restaurants with meat slaughtered according to Islamic standards, and the provision of prayer rooms at airports, shopping malls and hotels.

“An increasing number of destinations are now keen on tapping into this segment and adapting their services to take into account the unique faith-based needs of Muslim travellers,” said Crescentrating chief executive Fazal Bahardeen.

For largely Muslim Malaysia, Bahardeen said the country’s Islamic Tourism Centre has “continued to educate the industry on how to cater to Muslim travellers”.

“There are now more and more hotel kitchens with halal certification, and an increasing number of hotels are also now catering to the specific needs of Muslim travellers,” he added.

One hotel even has separate timing – for males and females requiring privacy – for the use of gym and swimming pools, he said.

Japan was in 40th place among the 60 ranked, but its score is 10 notches up from 50th place last year – the biggest improvement overall.

“Japan has definitely been the most active destination during the last year to focus on this segment of travellers,” said Bahardeen.

“It has launched a number of initiatives – from awareness programmes to the local industry to releasing the Muslim travel guide to Japan.”

Some airports and hotels in Japan have also started offering halal food and prayer rooms, he said.

Singapore placed sixth in the global rankings, and was the only non-Muslim country in the top 10, followed by Morocco, Jordan, Qatar and Tunisia.

The tiny island state touts its man-made attractions, a vast array of local food and reputation for cleanliness and order to travellers, and “does better than even some of the Muslim countries” in enticing those who follow the Islamic faith, Bahardeen said.

Italy, Belgium, Ireland and Mexico were the bottom four countries in the rankings, as they had “not really focussed” on the possibilities of the Muslim market, he added.