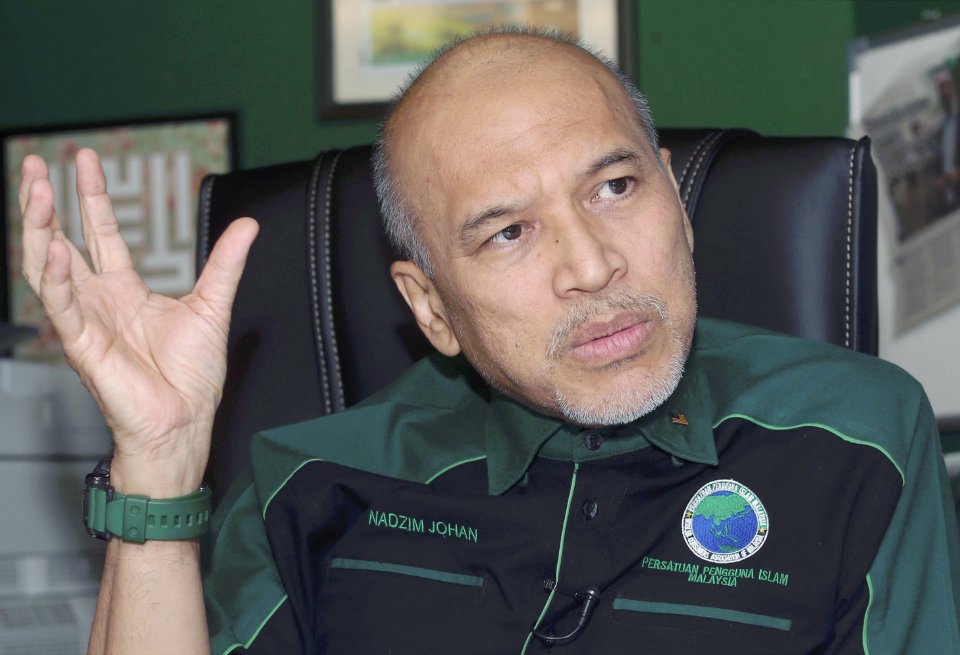 He said while there were hundreds of laws in Malaysia, there was no single Act to help the Department of Islamic Development (Jakim) address matters pertaining halal issues.

“For instance, how do we monitor lorries used to transport both pork and (halal) meat?

“We have pushed for a Halal Act since 2001 but there has been no update since then. With the Act, we will also be able to promote the halal industry further,” he said at a press conference.

He also lamented the lack of engagement with non-governmental organisations (NGOs) in drafting laws and policy-making, saying they have been sidelined by the authorities for years.

On calls for a shakeup within Jakim, Nadzim, in describing the overall system as “rotten”, said there is a pressing need for an overall review of the system, encompassing all enforcement agencies and livestock development.

At the press conference, he also claimed that based on insider information, those in the meat cartel had a hand in policy-making, with the latter pushing against breeding cows locally.

This, he said, has led to Malaysia being heavily reliant on imports.

“We were even approached by a cartel representatives for a meet-up, which we obviously turned down,” he said.

He said the association also welcomed calls for a Royal Commission of Inquiry (RCI) to be set up on the meat cartel scandal.

In calling for public involvement on the issue, Nadzim said PPIM would set up a task force and urge consumers to participate in seeking methods to address the issue.

“We are just a small NGO and do not have the capability. However, together, with the consumers and netizens, we can push for a change. Consumers are the most important (stakeholders).

“We welcome all stakeholders to join the task force. This is to protect ourselves – we want to protect consumers.”

One of the task force members, Abdul Kareem Said, said it was time for all quarters to join hands in addressing the long overdue problem without solely depending on the government.

“If each one of over 16 million Muslims in Malaysia contribute to a crowdfund, for example, we would be able to establish a movement to ensure that only halal meat is supplied and consumed.

“I was informed by a former officer at the Domestic Trade and Consumer Affairs Ministry that a frozen meat company was charged in the Petaling Jaya Court in 1981 for labeling kangaroo tail as halal meat.

“This problem has been ongoing for a long time and can no longer be ignored,” he said, adding that the association had also received intel from public tip-offs and on-the-ground investigations.

The New Straits Times had on Dec 21 reported that a meat cartel has been bribing senior government officers from government agencies to bring non-certified meat into Malaysia and passing it off as halal-certified products.

It was learnt that the cartel imports meat from non-halal certified slaughterhouses in a number of countries.

It is understood that the cartel has been in operation for more than 40 years.

KUALA LUMPUR: The revelation of corruption among Malaysian enforcement personnel in the halal meat scandal has opened yet another can of worms when it was claimed that the cartel’s involvement was at the policy-making level.

Malaysia Muslim Consumers Association (PPIM) lead activist Datuk Nadzim Johan said the cartel had a hand in influencing policy-makers that it was cheaper to import the meat products than producing them locally.

“They (syndicate members) have contacts with the higher-ups and influence the policy-makers against making any decisions that could affect their profit and threaten their business.

“It is a practice of the syndicates to approach not just government officials, but also non-governmental organisations like us. They will try to cut a deal with us to keep us silent.”

He claimed that he had been contacted by people who were involved in criminal activities in the past who were attempting to do so.

“It’s a matter of whether we give in to such temptation (money). As far as we are concerned, we don’t have to entertain these people,” he told the New Straits Times.

At a press conference on Thursday that was streamed live on Facebook, Nadzim claimed that based on insider information, the meat cartel had a hand in influencing policy-makers and had pushed against breeding cattle locally by claiming that it was cheaper to import beef.

This, he said, had led to Malaysia being heavily reliant on imported meat.

He said that although the association’s main focus was to seek solutions to the country’s halal food issues, he believed the meat cartel issue also revealed the country’s under-developed livestock industry that required urgent attention.

Nadzim said there was a pressing need for an overall review of the system.

He believed the low salary of enforcement officers in Malaysia could be why some of them would resort to accepting bribes to survive, even if it meant compromising the halal status of the food for the Muslims here.

Nadzim said the meat cartel scandal would also have an adverse impact on Malaysia’s image as the world’s leading halal hub.