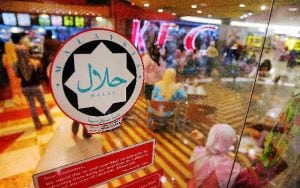 PETALING JAYA: Innovation and a strict adaptation of the Islamic philosophy are the barometers that can determine how genuine a halal hub is, says Prof Pervaiz K Ahmad of the Monash University.

It is the need for such an adaptation that has driven Pervaiz to work with a number of fellow academics and industry professionals on a halal ecosystem, devised to harness the greater underlying potential of the halal industry in general.

“The halal industry has to be innovative and more efficient in order to keep its competitive edge. For this to happen, there is a need to identify the key components of the industry,” he told The Malaysian Reserve.

To achieve this, Parvaiz relies on a so-called innovative halal ecosystem model which is now used in different halal market segments and researching into molecular and chemical methods for halal food provenance.

He said in attempting to establish a vigorous and strong ecosystem, it is important to understand how the Malaysian halal ecosystem fared vis-a-vis other international players. Additionally, it will also enable the identification of areas of improvement and strengthening and the definition of strategies and policies.

“It is about the benchmark in the halal industry. It involves the various processes from the manufacturing to the provision of the halal products to the consumers. This will establish how genuine a halal hub is,” Parveiz said.

“The system is to help assess the challenges and the problems faced by the halal industry in Malaysia, and provide solutions altogether,” he said.

In the halal business, he said everything is based on the Islamic philosophy surrounding the notion of halal. Hence, the project is to understand and apply Islamic precepts and philosophy in halal governance, which includes protection of the species, charity and the ethics of carrying out Islamic business, such as profits, prices, zakat and the sustainability of the trade.

For the halal industry to compete with the rest of the world, the halal ecosystem must meet the standards imposed by Islamic philosophy, only then will it be able to attract the attention of non-Muslims to buy halal products, he said.

“If you do not have such benchmarks, then your business model is an ordinary one that cannot compete with other existing models,” he said, adding that halal brand needed to put its benchmark even higher than other models.

Pervaiz and his team of 12-15 researchers have embarked on several projects, including understanding the meaning and significance of halal for Muslim and non-Muslim consumers, identifying behavioural patterns.

There are loopholes that have to be corrected in the halal industry, such as the treatment of animals, the need for the halal players to abide by the philosophy itself and the spreading of the knowledge of halal to both the Muslim and non-Muslim world.