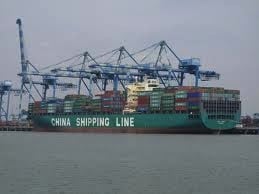 PORT KLANG, Malaysia, Feb. 2 — The Port Klang Free Zone, Malaysia’s integrated freeport and commercial and industrial park, is set to give regional free ports a run for their money as it is turning into Southeast Asia’s largest transit hub for the international Islamic market.

“The Islamic product output in China is dwarfed when compared with the country’s overall production. Chinese exports of Islamic food and products only represent less than 5 percent of the global trade of halal goods and the lack of certification services there is one of the contributing factors. We believe through Malaysia’s internationally-recognized certification, China could increase its shares in global halal trade,” Xia Baowen, SM International chairman, said.

But it has been remedied since then and the freeport is set to open for business by the end of the year.

More than half of the free trade zone’s 512 light industrial factories have already been booked by investors seeking to exploit Port Klang’s position as the world’s 13th largest and 16th busiest port.

The free trade zone houses four office blocks with a capacity of 3,000 trade booths, a 10,000-square-meter exhibition center, spaces for forwarding agents, and a four-star hotel that is slated to be launched by August.

“For the industrial zone, we already received bookings from 30 to 50 companies that are mainly in the halal industry. Our focus next year would be more on the commercial zone and to lease to Chinese investors our 4,000 trade booths available,” Xia said.

His company, which also distributes halal food, provides investors with information on local trade policies, incentives such as a 10-year tax break for factories and assistance in securing the necessary documents for doing business in Malaysia.

The company is now negotiating with the 100 best halal manufacturers from 100 different bases across China to invest in Port Klang Free Zone.

“Malaysia is already an Islamic product distribution hub as most halal manufacturers in the world have opened their offices here. It has its influence in the Islamic market. The Islamic market in recent years has been affected by the political turmoil in the Middle East and the European financial crisis but once it recovers, the demand would surge,” Xia said.

“Cosmetics products, health products, medicines and food will need to be halal-certified so that they can be exported to Muslim countries and Port Klang Free Zone would be the most suitable base for that,” he added.