THE halal industry is arguably one of the fastest growing industries in the world. The economic potential of the industry has attracted not only Muslim countries, but also non-Muslim countries and their conglomerates. 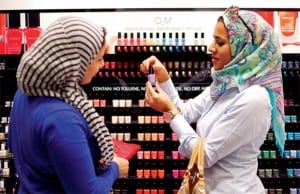 The main factor that drives the halal industry is the growing demand from Muslim consumers and communities who look for products and services manufactured according to Islamic precepts.

Furthermore, the halal market is no longer exclusive to Muslim consumers as the demand is also from non-Muslim communities who acknowledge the qualities in halal products and services.

The demand for halal is not only confined to food and beverages.

Muslim consumers are also looking for the halalness in their fashion, tourism, pharmaceuticals, cosmetics, media and entertainment as well as other service sectors, such as logistics and financing.

The details of spending by the sectors are: food and beverage at US$1.3 trillion; clothing and apparel (US$270 billion); media and entertainment (US$209 billion); travel (US$177 billion); pharmaceuticals (US$87 billion) and cosmetics (US$ 61 billion).

To meet the demands of the buying public of the halal market segment, industry players have ensured their produce are of quality and, most importantly, fulfil conditions and requirements under the Islamic law.

Some manufacturers go the extra mile by subscribing to halal standards, which require stringent compliance with guidelines and procedures stipulated by certification bodies, such as the Department of Islamic Development Malaysia (Jakim) and Department of Standards Malaysia.

In halal consumerism, Muslim consumers, apart from having to know their rights, should also ensure that their consumption behaviours are in tandem with values promulgated by Islam.

This is an important point that is often forgotten by the halal community in their halal ecosystem.

The wholesomeness of halal should not only appear in manufacturing and production, but also embraced by consumers and reflected in their consumption and practices.

In matters relating to food, fashion and lifestyle, for example, Muslim consumers should avoid wastage, impulsive purchases or buying unnecessarily.

Many Muslim consumers fail to internalise the true concept of halal in these aspects as there are evidences showing the contradiction between what the concept tries to promote and what is observed in reality.

For instance, while Muslims are concerned about halal food, they are also wasteful and extravagant in eating and spending.

In Malaysia, this is glaring during Ramadan and the Hari Raya.

In the conventional context, consumerism is often associated with shopping and consuming.

Some consumers believe that through consumerism they not only satisfy their physical but also emotional needs.

Propelled by advertising and marketing, consumers spend their money on things they do not need but just to keep up with the Joneses.

If consumerism is not based on divine teachings, it could also lead to environmental degradation and ecological imbalance.

This is the consequence of manufacturers and consumers who excessively consume and abuse natural resources in the name of consumerism and industrialisation.

As part of the global consumer society, Muslims cannot stop the influence of consumerism. Perhaps this is the reason why some of them fail to integrate the wholesomeness concept of halal in all aspects of consumerism.

The concept of halal and halal consumerism should be looked at from a wider perspective.

The overzealous adoption of the concept by certain quarters has only made it into an indicator on whether something could be consumed or used by Muslims.

Efforts should be carried out to educate Muslim consumers that aside from ensuring that the food is halal, they must also avoid being wasteful (tabzir) and extravagant (israaf).

The internalisation of Islamic traits in Muslims’ consumption behaviour would contribute to the development of the halal ecosystem as it impacts manufacturers and service providers to act and adjust according to market conditions.

The writer is a Fellow, at the Centre for Economics and Social Studies, Institute of Islamic Understanding Malaysia (IKIM)