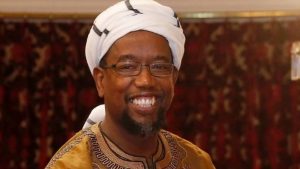 Police are investigating allegations that bribes were paid from funds belonging to the Federation of Islamic Associations of New Zealand (FIANZ) to help halal meat sales.

FIANZ, a large charity that represents seven Muslim associations, is caught up in a leadership battle, but the problems appear to go much deeper than a squabble about office holders.

Stuff has learned the federation began an internal investigation in 2018 into allegations bribes were paid from federation coffers for market access favours relating to halal meat exports.

Sources said the results of the internal investigation were turned over to police in March last year, around the time of the mosque shootings in Christchurch. Police are expected to finish their investigation soon.

The federation is in disarray after a meeting in February elected a new president to replace sitting president Mustafa Farouk. Farouk and Mohammed Khan, a stalwart of the South Auckland Muslim Association, are both claiming to be president.

Farouk, who did not want to talk about the police investigation, said his introduction of tough new measures when he took over in August 2018 were designed to avoid the irregularities investigated in the internal inquiry and had made him unpopular with certain people.

Earlier this month Farouk and his allies sought a High Court order to nullify the election of Khan and other office holders, but the bid failed. A court hearing has been scheduled for this later month.

In the meantime, the incoming group has changed the locks on the federation’s office in Wellington and is instructing staff. One staff member has been locked out and the High Court has frozen the federation’s bank account. The group called police when an attempt was made to remove documents from the office.

Khan said he was aware of the internal investigation and believed the matter should have been reported to the police immediately. He thought the matter had been resolved.

The issue had been raised in the context of the leadership dispute because “they had no other case [to stop] the election”, he said.

The new secretary of FIANZ, Tariq Saeed, said no evidence was found to suggest that federation funds were used to pay any bribes.

No comment on the merits of the case or police investigation would be made, he said.

“However, we have serious reservations about the way the internal inquiry was conducted, as it flouted all the fundamental principles of justice and fair play.”

Saeed said the complainantwas appointed as the investigator and then “assumed the roles of judge, jury and executioner”.

“The accused were never provided with any list of allegations against them nor were they provided a chance to defend their position.”

He said the case was handed over to the police in July 2019, but the police investigation started in the latter half of January this year, after the date the FIANZ AGM was notified.

“So naturally there are questions about the timing of this investigation.”

In an earlier written statement, Khan said he and others had serious concerns about lack of transparency in federation decision-making since Farouk took over as president in August 2018.

“Only a few of Mustafa’s close associates were making decisions. The FIANZ Council – our ultimate decision-making body – was largely ignored,” Khan claimed.

Farouk said the move to unseat him was by people who were “trying to prevent us from doing what is right”.

He claimed he and his supporters were spearheading a move to make the federation more transparent and more in keeping with New Zealand standards.

“We are trying to get the organisation in line with this country. We are saying we should be as transparent as this country,” Farouk, who is originally from Nigeria, said.

Federation treasurer Steve Johnston said the organisation was six months late in filing accounts with Charities Services for the year ending March 31, 2019, but an audit of the accounts was nearly completed.

The auditors had questions which could not be answered while the present dispute continued.

“The audit would have been finished by now if it wasn’t for the dispute,” Johnston said.

The “irregularities” had not yet been completely resolved but had not delayed the audit, he said.

It was true $20,000 had been transferred from a FIANZ account to a lawyer’s trust account to fund legal advice and action, but Khan’s group had inundated the organisation with legal letters.