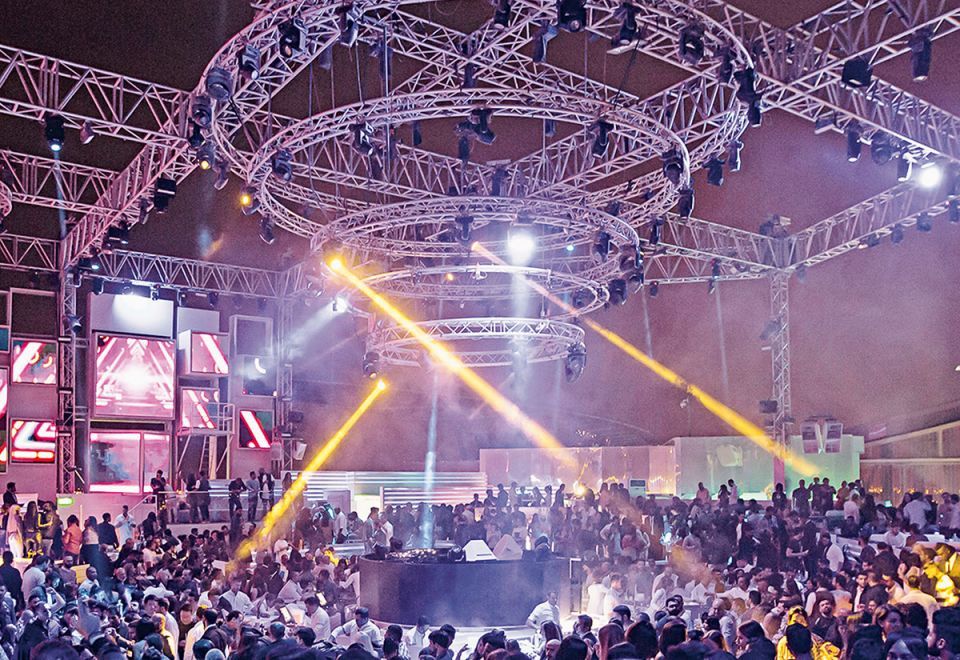 The opening – then closing and re-opening – of a much touted “halal” (alcohol-free) nightclub in Jeddah last week is just the latest example of the complexity involved in implementing Saudi Arabia’s ambitious Vision 2030 plan in the Middle East’s most conservative country.

Spearheaded by Crown Prince Mohammad bin Salman, Vision 2030 is a package of economic and social policies that aim to diversify the country’s economy, moving it away from its dependency on oil while also boosting and reforming social, entertainment and tourism projects.

The plan is seen as bin Salman’s attempt to change the political direction of the country and as a challenge to the authority of the conservative Wahhabist control over society and life in Saudi Arabia. The Wahhabist form of Islam follows a literal interpretation of the Koran.

In order to succeed, the Vision 2030 reforms require significant international investments, especially as the diplomatic and military confrontation with Iran escalates, but the investments took a downturn following the murder of Saudi journalist Jamal Khashoggi at the Saudi consulate in Istanbul last October.

White — the name of the nightclub and part of a branded chain of clubs in Beirut and Dubai owned by the Lebanese-based Addmind Hospitality Group — was set to host both men and women at its inauguration, with international performers onstage.  Announcement of the opening sent young social media users aflutter, with some posting videos on opening night of the glitzy, non-alcoholic bar and dance floor at what was being dubbed a “café/lounge” in Saudi Arabia.

One video showed men and women dancing together, and the doors of the club were soon after closed by Saudi authorities before headline entertainer, Ne-Yo, even made it to the venue.  The Saudi General Authority for Entertainment (GAE), which is responsible for the implementation of Vision 2030, cited improper licensing by another entertainment endeavor, Project X, which the club was associated with. The club was allowed to reopen less than 24 hours later.

The roller-coaster of approval and disapproval did not come as a surprise to people familiar with the implementation of Vision 2030 and who see the tactic as temporary appeasement to more conservative sectors of society who are opposed to the reforms.

“I am not surprised. This is not the first time we see a step back from those rapid and radical changes taking place,” Yasmine Farouk, a visiting scholar at the Middle East Program, Carnegie Endowment for International Peace, told The Media Line in an email.  “Sometimes those measures had already not been expected to be accepted in certain circles and were [likely] to be pulled back.”

The entertainment field is a perfect testing ground for the launching of social reforms, noted Eman Alhussein, a visiting fellow at the European Council on Foreign Relations, whose research focuses on Saudi Arabia and the Gulf region.

“The entertainment sector is playing a crucial role in testing the boundaries of social reform. Since its establishment in 2016, the General Entertainment Authority [sic] has had a few hiccups, as backlash was not uncommon following events that attempt to push the boundaries. The religious establishment’s lack of influence helps contain any backlash and confines it to social media,” Alhussein told The Media Line in an email. “Nevertheless, the state is also monitoring the reaction different events generate as can be seen in the cancellation and delay of implementing certain entertainment plans.”

This stop-and-go policy makes it confusing to know what is permitted and what is not, as in the case of the opening and closing of White.  In January this year, the GAE had officially announced that it would start issuing licenses for live shows in cafes and restaurants.

Farouk noted that Vision 2030 is part of the crown prince’s efforts at building up his personal legitimacy as the future king of Saudi Arabia, though she believes parts of the plan have not been thoroughly thought through, especially when it comes to diversification of the economy and religious and social reforms.

“He has a vested interest in making them succeed; that applies to his vision in general,” said Farouk. “The youths’ use of the social freedoms that were given resulted in a sense that religious and political authorities are losing control; then you see an authoritarian reaction through arrests or the promulgation of laws such as the public decency law.”

Indeed, she said, parallel to the reforms, Saudi Arabia has adopted laws on public decency that almost parrot restrictions imposed by the disbanded religious police but which now are enforced by the Ministry of Interior and Tourism Authority.

“Saudi Arabian society, like any other society, includes different tendencies and orientations, but in general it is a conservative society. What you call liberal in Saudi Arabia is not the same, even in other Muslim countries, not to mention the West. There is a certain class that has access to western education, which studies abroad and travels, and definitely supports the new reforms,” she said.

Taleb Al Abdulmohsen, a Saudi psychiatrist and dissident living in Germany who created the We Are Saudis internet forum for Saudi asylum-seekers, divides the human and social-rights reforms being undertaken in the Vision 2030 plan into two categories: first, those rights considered immoral by religious authorities, such as the drinking of alcohol, going to cinemas, or women attending public sporting events at stadiums, and second, those that religious authorities see as apostasy or blasphemy.

“The Saudi government is doing great [in advancing] the social rights. If they open the White club, it does nothing to reduce any of their power,” Al Abdulmohsen told The Media Line. “Definitely, young people would go crazy for something like this.”

Still, he said, despite the great fanfare over the 2030 plan’s reforms, basic human rights are still being violated and, ironically, though clubs such as White might be allowed to open, a male guardian can still kill his daughter if she actually goes to the nightclub.

In terms of the second set of rights, Al Abdulmohsen said the authorities tread more carefully because they want to retain their status as the guardians of Islam and not disturb the income-generating hajj Muslim pilgrimage to the holy city of Mecca.

“The last thing the Saudi government is interested in is helping people. They don’t care at all. What they want to do is to reform the economy to please Donald Trump,” he charged.

President Trump’s first international trip abroad in office was to Saudi Arabia, as relations between the two countries strengthened, especially over their joint animosity toward Iran.

Interestingly, Al Abdulmohsen said, the closing of the club was the first time Saudi authorities had taken action against such a facility without mentioning Islamic or societal values, despite opposition from Islamist opponents in the country and abroad.

“It means they are moving away from ideology,” he explained.

As White geared up for this weekend’s activities, 27-year-old Saudi-born expatriate Rehan Arshad said that while the majority of young Saudis welcome the reforms, they are also afraid of losing their traditions.

“Slowly and steadily, things will continue to evolve,” he told The Media Line in a Twitter conversation.

“So, yes, the launch of the White club got delayed and because of the outrage, the authorities surely have revisited the activities which they previously thought would be welcomed by the locals. But I won’t be surprised if I don’t see people on the dance floor [tonight],” said Arshad, noting that the high price tag of 350 SAR ($93) will prevent him and many other young Saudis from going to the club.

“I don’t think there are many young Saudis who aren’t open to these social reforms. Being able to go to wrestling and sporting events, to go to carnivals and musical performances, it is a beautiful feeling,” he wrote.

Still, not everyone is as enthusiastic about the advent of these new entertainment events.

Just days after the GAE had given the go-ahead for live shows in January, Muslim cleric was released from prison. He had been imprisoned in April 2018 for publicly criticizing the sport of pro-wrestling following an announcement by the authority of a 10-year deal it had reached with World Wrestling Entertainment.