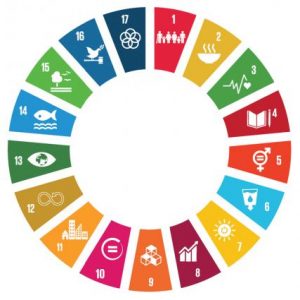 It’s self-evident: The goal of any investment is to make money for investors. That’s even true for environmental, social and governance (ESG) ETFs, to which investors have increasingly turned in order to put their investment dollars to positive use.

But what if, in addition to maximizing shareholder return, an exchange-traded fund (ETF) could also raise money to help fund small regional farms in Tanzania; or to modernize food markets in Uganda; or deliver mobile payments and banking to small business owners in Nepal? What if an ETF could actually be an instrument of philanthropy as well as investment return?

SDGA is the third and most recent launch by Impact Shares, the industry’s first nonprofit ETF issuer. Due to the unique way the Impact Shares ETFs are structured, every dollar invested in SDGA translates into money for economic development projects worldwide.

It’s a bold concept. However, whether SDGA can actually raise enough money to make a meaningful difference is yet to be seen.

The SDGs are a blueprint of global social and economy policy goals—such as quality education for all, or sustainably developed cities—that, if achieved, would lead to “peace and prosperity for both people and the planet,” according to the UN’s website.

However, “without capital, the SDGs are a great aspiration that’s never going to be realized,” said Francesco Ambrogetti, innovative finance and partnership specialist for the UNCDF and partner on SDGA.

That’s where the Impact Shares ETF comes in. SDGA invests in a number of ESG all-star companies that operate or sell products in the 47 least developed nations in the world—where the UNCDF concentrates its efforts. By allocating capital to these predominately multinational, large cap companies, SDGA helps them develop local supply chains, create jobs and support regional economic infrastructure in lesser developed regions, says Ambrogetti. These include stocks like Microsoft (MSFT), Nestle S.A. and Bank of America Co. (BAC), the top three holdings in SDGA’s portfolio, aside from an 18% allocation to mutual funds.

These companies are “making those countries a better place to sell their products,” explained Ambrogetti, “while at the same time improving employment, education and human rights.”

Year-to-date, SDGA has seen a 13% return. In contrast, VTI, a broad portfolio of global equities, has returned 16%.

SDGA isn’t the only ETF to invest according to the UN’s SDGs: The $51 million iShares MSCI Global Impact ETF (SDG) also uses corporate adherence to SDGs as part of its selection methodology.

However, SDGA goes one step farther than the BlackRock funds by also acting as a way for the UNCDF to amass capital to direct toward these struggling economies.

As a tax-exempt 501(c) nonprofit organization, Impact Shares has agreed to donate 100% of its advisory fee back to its partner charities, less operating expenses and working capital. That advisory fee is 0.75%. (SDGA’s expense ratio is 0.76%, which includes a 0.01% fee for estimated “other expenses”) (read: “‘Social Alpha’: Nonprofits Dive Into ETFs“).

Given that the advisory fee accounts for costs paid to the ETF’s custodian, transfer agent, fund administrator and legal team, it’s likely that the UNCDF receives substantially less than the full 0.75% from Impact Shares. (Ambrogetti declined to comment on how much they’d received last year.)

The UNCDF is free to use what it does receive however it likes.

A Little Goes A Long Way …

Every little bit really does count, says Ambrogetti. That’s because of the unique mission of the UNCDF, which provides loans and “last mile financing” to small- to medium-sized businesses that wouldn’t otherwise be able to secure the financing they need. The usual size of a UNCDF grant is anywhere from $100,000 to $2 million.

“Obviously, assets are important” for SDGA, said Ambrogetti. “But for us, $1 million [in donated advisory fees] would give us the chance to invest in 10 companies that we’d love to support. That would be very, very meaningful for us.”

For UNCDF to receive that $1 million, SDGA would need to grow from its current $2.1 million in assets under management (AUM) to at least $133 million in AUM—though probably much more, given the fees involved.

However, to receive $100,000—enough for a single UNCDF grant—SDGA would need to grow to at least $14 million, by the numbers. (After fees, Ambrogetti estimates the fund would need closer to $20 million to $30 million.)

… With A Long Way Yet To Go

Currently, SDGA has barely more than seed capital. At that level, the UNCDF will likely receive, at most, a few thousand dollars from Impact Shares’ donated advisory fee. (However, the UNCDF also receives an unspecified quarterly license fee from Impact Shares, according to the fund’s prospectus.)

That said, SDGA is still fairly new, with barely six months of track record, and growing to $20 million in AUM isn’t out of the realm of possibility. All it would take is investment from a few key large players.

To that end, Ambrogetti says he’s in discussions with large institutional funds, including the Overseas Private Investment Corporation and the UN’s own pension fund.

However, the UNCDF is in it for the long haul, says Ambrogetti. Not only is it willing to be patient about assets, but it’s already working with Impact Shares on developing other single-SDG-focused ETF concepts, including a children’s health fund and a deforestation ETF.

“While philanthropy is great, there’s a limit to it in scope, volume and capacity,” he said. “So ETFs are a new way for people to engage, instead of just through donations.”