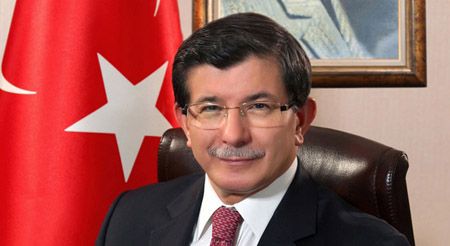 The Prime Minister of Turkey Mr. Ahmet Davutoglu will be the guest of honour to inaugurate the world’s biggest international halal tourism conference, which will take place next week on 3-5 May 2016 in Konya, Turkey.

The Prime Minister of Turkey, Mr Ahmet Davutoglu, will officially open the two-day conference themed “Developing Halal Tourism Industries” which aims to shape the future of a sector currently worth $150 billion. The Halal Tourism Conference 2016 will bring together some of the world’s leading names in the travel industry.

The conference will feature a number of keynote speeches, panel discussions and workshops and will also see new tourism campaigns and projects launched.

Alongside the conference, there will also be a three-day exhibition featuring businesses from across the world.

It is the second time the event is being held in Europe following the success of the inaugural event in Andalucía, Spain.

A recent study has revealed that in 2015 the estimated total Muslim visitor arrivals were 117 million representing close to 10% of the entire travel economy. This is forecasted to grow to 168 million visitors by 2020 and 11% of the market segment with a market value projected to exceed $200 billion.

Topics and workshops to be discussed include Halal Tourism & Technology, Opportunities and trends within Muslim women and young travel market, The market opportunity for European destinations, How to meet the demands of the 21st Century Muslim traveler and Integrating travel and technology to deliver the ultimate Halal Friendly travel experience.

The conference will be hosted alongside an exhibition that will last for three days with the final day opened to trade and public. It will feature exhibitors from Turkey and the rest of the world.

The Halal Tourism Conference 2016 takes place from the 3rd to 5th May 2016 at the Dedeman Convention Centre in Konya, Turkey.

For more information on the event including how to attend as a delegate please contact: http://www.halaltourismconference.com