Skip to content
Animal welfare minister George Eustice warned under current EU rules, the Government is powerless to stop livestock being forced to endure long journeys before being slaughtered overseas.The Brexit camp claimed 49,712 live lambs and sheep were exported across the English Channel in 2012.
Many of those are destined for halal slaughterhouses in France with some being sent to third countries outside the EU with poor animal welfare laws.Mr Eustice said: “The Government wants all animals slaughtered as close as possible to where they are reared and the overwhelming majority of lamb exports to EU countries like France is of lamb meat slaughtered in the UK. 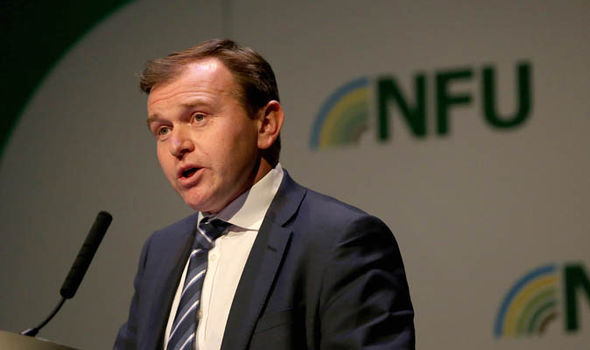 George Eustice claimed 49,712 live lambs and sheep were exported from the UK

“However, there is great public concern about the continued export of live lambs across the channel for slaughter.”Some campaigners have argued that we should amend national legislation to introduce a targeted ban on some live exports from British ports.

The Vote Leave campaigner added: “If we were to leave the EU, a future British government would be free to consider introducing targeted restrictions of this sort on ethical grounds.”