An abattoir whose former owner collapsed into administration following allegations of animal cruelty has been acquired by a family-owned former rival, new documents have revealed. 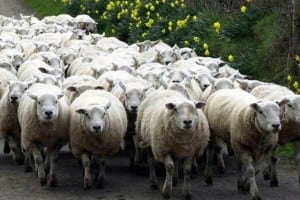 year when footage secretly obtained by Animal Aid from its Thirsk abattoir apparently showed sheep which were meant to be slaughtered under the halal code being violently mistreated.

The adverse publicity unsettled Bowood’s customers and suppliers despite the business taking immediate action against staff.

Administrators from Leonard Curtis were subsequently appointed to the £29m-turnover slaughterhouse business on 5 August 2015 and set about selling assets in a bid to raise money for unsecured creditor claims which totalled £7.2m at the time of their appointment.

Bowood’s main asset was the abattoir and associated machinery, which was put up for sale as a package following advice from Landwood Group and Cerberus Asset Management.

A marketing campaign led to 33 expressions of interest being received before a deal worth almost £2m was agreed with unconnected party Yorkshire Halal Meat Supplier.

The buyer is a privately owned company which was originally founded in 1984 and has been operating from a slaughterhouse in Ossett since 2001.

Despite the deal, unsecured creditors of Bowood Farms are expected to lose out. A distribution via the prescribed part – a mechanism which ring fences cash for unsecured creditors – remains a possibility but is dependent on the level of future asset realisations.