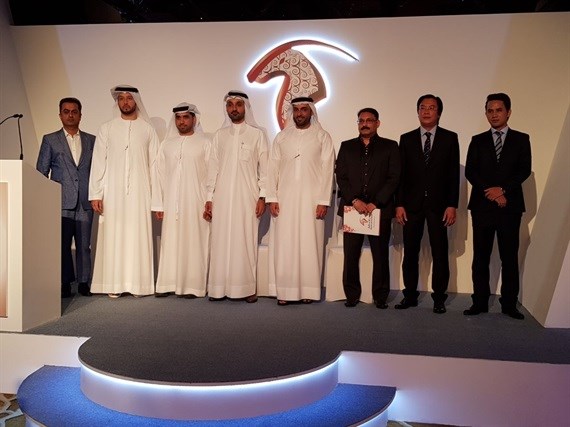 At the event (Source: Internet)
HCM City (VNA) – Vietnam and the Middle East hold potential to boost trade and investment, as heard the Vietnam – Middle East trade forum held in Ho Chi Minh City on May 11.

Speaking at the event, deputy head of the Vietnamese Ministry of Industry and Trade’s Department of Asia – Africa Markets Le Thai Hoa described the Middle East as a big market with a population of over 300 million people. Each year, the region imports food worth nearly 40 billion USD, which is expected to hike to 70 billion USD by 2035.

Two-way trade between Vietnam and the Middle East hit 12 billion USD last year, 9 billion USD of which was Vietnam’s exports to the region. Apart from food and farm produce, the region has great demand for mobile phones, electronic equipment, consumer goods, leather and footwear which are Vietnam’s hard currency earners.

The UAE is now Vietnam’s biggest economic and trade partner with export turnover in excess of 5 billion USD last year.

Vietnamese Ambassador to the UAE Trinh Vinh Quang said Vietnam is now gateway for UAE firms to access ASEAN market while the UAE is a gateway for Vietnam to expand to the Middle East.

The UAE has invested in 14 projects worth over 26 million USD in Vietnam, mostly in infrastructure, real estate, mineral resources, manufacturing, tourism and services.

Though two-way trade grows over years, Vietnam’s exports to the Middle East only account for more than 1 percent of the region’s total imports. Though the region is strong in oil and gas, chemicals, manufacturing materials, industrial and high-tech goods, trade with Vietnam remains limited.

Hoa advised Vietnamese firms to understand business customs as well as necessary regulations on exports to the region. In particular, foodstuff needs Halal certification, adding that they should check records of partners and discuss the least risky payment before signing contracts and delivering goods.

He suggested accessing the Middle East market via Dubai – one of the most open economies and a transit hub in the region, and joining annual trade fairs in Dubai to directly meet regional buyers.

On the occasion, the UAE’s Relam Investment and Vietnam’s MIG Holdings signed a cooperation agreement to launch Trade Hub in Vietnam – a platform operating in many countries to connect online trade.

He added that Trade Hub will help small and medium-sized enterprises in marketing and trade promotion and share logistics services for small orders.