H2R Pesquisas Avançadas director Alessandra Frisso presented the results of a new survey on ethical and halal consumption trends during the Global Halal Brazil business forum that ended on Wednesday (8). 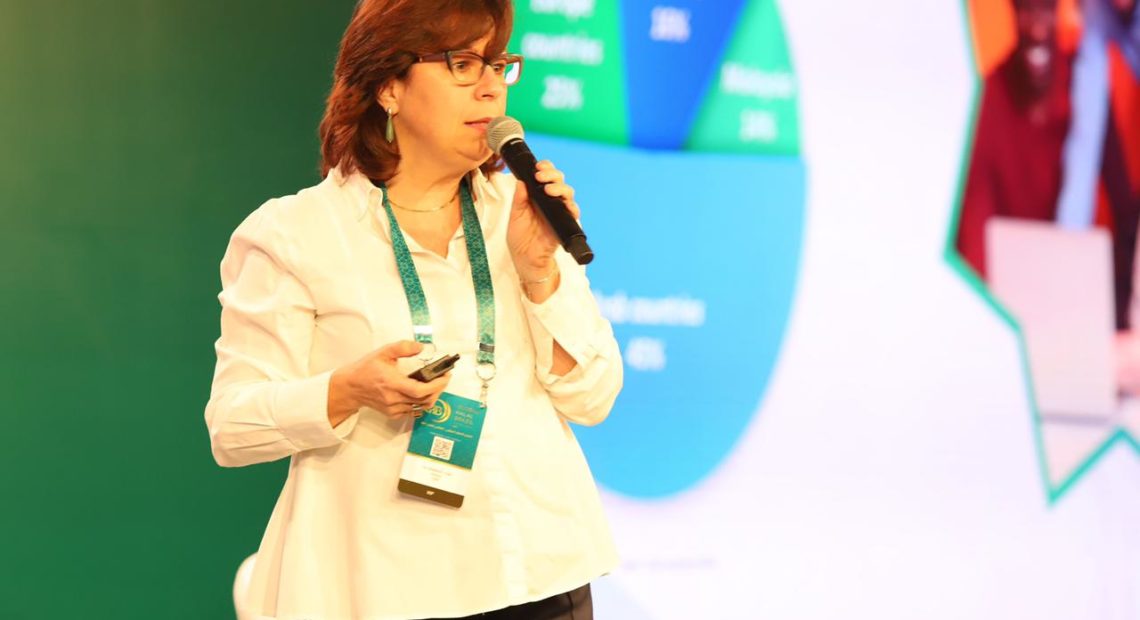 São Paulo – The Muslim consumer is more connected now, uses e-commerce platforms and social media for buying,  and wants to trust and know the origin of products with traceability and transparency, and halal is no longer restricted to Muslim-majority regions. These are some of the findings of a new survey on ethical and halal consumption trends presented by H2R Pesquisas Avançadas director Alessandra Frisson during the Global Halal Brazil business forum that ended on Wednesday (8).

“In a world without borders, thinking halal as something distant from us makes no sense anymore. In a world without borders, ethical and halal consumption will have no borders either,” Frisso said. The director said halal is no longer a regional issue and cannot be reduced to Islamic-majority countries but must reach the Muslim population wherever they are, whether in the United States, Europe or even Brazil.

Another point addressed in the survey was the importance of trust for Islamic consumers. “Halal certification is important for gaining consumer trust,” she said. She added that the survey shows companies must need to take a stand and communicate with these consumers that are more aware, particularly the youth, and that the demand for transparency regarding the information on products and practices has grown. Frisso stressed there’s no consumption separate from belief for Muslims. 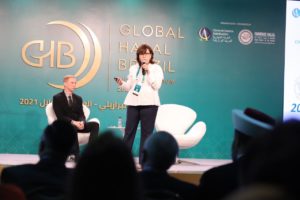 The survey was carried out with samples in Arab countries (45%), African countries (16%), European countries (25%) and Malaysia (14%), summing up to 1,451 Islamic respondents. They were more men than women.

Alessandra Frisso explained the choice of countries. The Arab countries have a mostly Muslim tradition, Malaysia is a leading country in the Islamic market, Nigeria is a large market with great development opportunities, while consumers in Europe proudly value their Muslim identity and are usually a young population,” she said.

The survey also showed some impacts of the pandemic on this consumer market. Muslims started using more local e-commerce platforms like Noon and Souq, food delivery, new digital payment methods, and thereby trust in transactions are up. In logistics there was a need to create stock centers in countries, as well as using tools like blockchain and product traceability.

The Muslim population is more connected and have a high purchasing power, the survey says, and the pandemic brough about a change in shopping habits, with the growth of social commerce in platforms like Facebook and Instagram. “The ability to turn ads into sales is very high, even with WhatsApp and the like,” Frisso said.

As for food security, the pandemic has encouraged small productions, food technology, price monitoring, and controlled-environment agriculture. On the one hand, Muslims now buy more healthcare and wellness products; on the other hand, the consumption of industrialized products has grown. Processed foods, which used to account for 40% of Muslim consumption, are now at 50%. Frisso said this growth points that this consumption can grow even more in the coming years.

Muslim recycle packages, don’t mind buying second-hand products, prefer buying from local shops, prefer cruelty-free brands, engage in discussion on brands in social media, avoid brands charged with corruption and consider religious values when buying. These topics were evaluated by region. In Arab and African countries as well as Malaysia, these values are taken into the account the most. In European countries, a bit less, but they are still quite relevant.

“For the respondents, the commandments of Islam are present in their daily life and lifestyle. The study shows there’s an intrinsic appreciation of the guiding elements of Islam,” Frisso said. In addition to religious principles, it was observed an entanglement in conduct and responsibility regarding social life aspects like modesty and charity.

The family shares strong halal values, the survey says. “It’s important that product packaging contain information on foods. The Islamic consumer demands transparency, regarding life shelf and nutritional value, for example,” Frisso said. Muslim also want information like how the products were made and their country of origin. She evoked the example of the use of QR codes in packages to bring about more trust, traceability and integrity for the supply chain, as well as providing more information like recipes and the history of the product, creating an active communication with the consumer.

Arab Brazilian Chamber of Commerce (ABCC) Market Intelligence manager Marcus Pillon participated in the presentation, too. He brough some data on the estimated growth of the Muslim population. “By 2030, while the global population is estimated to growth by 9%, the Muslim population will grow almost twice as much at 16%, and its share will increase by 5%,” he said.

The Organization for the Islamic Cooperation (OIC) comprises 57 member countries, with 22 Arabs, Pillon talked about the estimated growth of the global halal market. “In 2019 this market moved around USD 4.88 trillion. By 2024 it’s estimated to reach USD 5.74 trillion, an 18% growth,” he said. This market includes not only food and beverage but medicines, tourism, media, recreation, fashion, Islamic finance, and cosmetics.

Global Halal Brazil forum was held by the Arab Brazilian Chamber of Commerce and FAMBRAS Halal with the support of the Brazilian Trade and Investment Promotion Agency (Apex-Brasil), BRF, Pantanal Trading, Portonave, and Iceport.