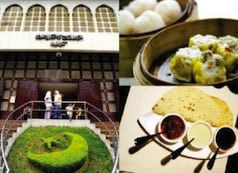 MUSLIMS holidaying in Hong Kong can now erase any worries they have about getting halal food.

It is now easier to locate restaurants with halal certificates issued by the special administrative region’s Incorporated Trustees of the Islamic Community Fund.

The island’s chief imam Mufti Muhammad Arshad said these restaurants are available throughout the city.

He added that Muslims will also find it easy to perform prayers as there are many mosques such as Masjid Jamia, Masjid Kowloon, Masjid Ammar and Osman Ramju Sadick Islamic Centre.

Hong Kong has been home to the Muslim community for more than a century, with an estimated population of 220,000.

“There is no reason for Muslim visitors to worry about performing their obligations as Hong Kong has all the amenities and attractions catered for them,” he said during the Hong Kong Muslim Workshop hosted by Hong Kong Tourism Board (HKTB) and Uni Asia Tours recently.

The workshop was held to update local trade members on the latest tourism developments in Hong Kong and showcase its Muslim-friendly facilities and services.

The ongoing effort was aimed at sharing insights to assist trade members to cater for their Muslim clients’ needs in Hong Kong.

HKTB has also launched a revamped Muslim Guide, which features places to visit, halal restaurants and information on mosques around Hong Kong.