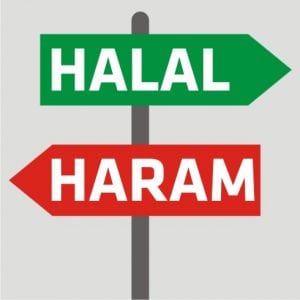 The discussion on Halal (permissible) and Haraam (forbidden) ingredients for Muslims to eat has been increased in recent days, and it’s for all the right reasons. With the advancement in the technologies and processing of food and non-food products, it’s becoming difficult to distinguish between Halal and non Halal products until, and unless, they have a Halal monogram on them from an authentic source.

Ingredients that are being used in the food and non-food industry are being obtained from different sources that include synthetic, animals, plants, microbial and aquatic sources. It’s a matter of high concern for a population of 2.5 billion Muslims what the source of ingredients they are using is, and their worries are up to the mark.

In every industry, Haraam ingredients are being used on the large scale. If we take the example of the pig, it’s every part/organ is being utilized in the industry whether it’s the food sector or non-food. Pigs, which are a Haraam animal according to Muslim shari’ah law, making is necessary to avoid its consumption, but also try not to use products that have pig by products in them. According to religious laws on Halal and Kosher, the pig is considered a filthy animal not to be consumed. This may be because it has potential unlimited adverse effects on human health.

To begin with pig skin is largely being used in the food and non-food industry, and also as leather in the textile industry. The currently popular ingredient collagen that is sometimes used in anti-aging creams can be derived from pig’s skin, among other sources such as marine collagen. This should be specified on the products. In the food industry, gelatine, some of which is derived from the pig’s skin and bones, among other animals and fish, is widely used in ice creams, marshmallows, capsules, yogurt, etc. as a thickening and gelling agent. Often you will see it specified as bovine gelatine distinguishing it is from a single source meaning pig products have not been used. There are also vegetarian options for gelatine so it is an ingredient that must be verified by a qualified Halal certifier.

In the food industry, shortenings (used in bakery products) and broth (used in flavourings, seasoning, and soups) can also be derived from pig fat converted to lard. Pig fat is also being used in ice creams, creams etc. as an emulsifier.

Glycerine is also an ingredient that can be derived from pigs, though there are also non animal sources that it can be produced from making it Halal when being used in different food and non food products.

When we look at the cosmetics industry, pig fat is frequently used in lipsticks as it gives a smooth texture to them which can be a matter of high concern for Muslim women. But glycerine is also used in a large variety of products, including toothpaste, making it another ingredient where the producer and the halal certifier have to label and ascertain whether or not it is from a Halal source.

Bones and pork are widely being used in the food sector. Activated carbon extracted from pork bones is used in the oil industry for refining purposes. Pork itself has different uses in food products as different meat products may mix pork in them. It also may be used as an ingredient in powder form to create flavourings and seasonings making the end product Haraam or forbidden to Muslims and Jews.

For instance, L-cysteine, a protein, which is derived from the hair of pigs and other animals, is used in the baking industry as a bread improver.

The innards of pigs are also widely used in all sectors. Intestines are being used in the processing of sausages (for casings) while animal Rennet (an enzyme use to curdle milk) is used in cheese manufacturing, unless specified as vegetarian rennet, resulting in the end product being questionable. Pig’s blood has also wide applications in different food and non-food sectors.

Having an insight into the pig’s derivatives, it’s crystal clear that every sector is getting benefits from the pig which is a matter of high concern for every Muslim, Jew and some other religions too. Not only pig based, but many other ingredients from Haraam sources are also being used in every sector, which includes alcohol, different human organs in the cosmetics and pharmaceutical industry, fermented products (containing low levels of alcohol that need to be assessed) and even a permissible animal, if not slaughtered according to shari’ah law rulings, will be considered Haraam.

There is a very large list of Haraam and doubtful ingredients that are being used in the food and cosmetic industries which are up to the Halal certifier to verify and approve for Halal certification using Halal Standards that have been agreed upon by various religious scholars.

Haraam raw materials besides being forbidden can also not be considered beneficial for human health. Pork, being considered an unclean meat for various reasons, contains Taenia solium (a tape worm) and sometimes Trichinella spiralis (a parasite) in its flesh, which when consumed (raw or undercooked) by humans can lead to the illnesses like seizures (a neurological disorder) and Trichinosis.

These Haraam raw materials should be avoided or instantly replaced with the Halal ones. Halal being safe, satisfactory, and hygienic is up to scratch for every individual no matter which religion he/she is following.

For Muslims, Halal is a way of life and it is their responsibility to spend their lives according to Islamic Law. Nowadays, not only Muslims eat Halal meat and use Halal products but non-Muslims are also attracted to them due to their wholesomeness.

“O you who have believed, eat from the good things which We have provided for you and be grateful to Allah if it is (indeed) Him that you worship.”

It is a huge responsibility for Halal Certification bodies to properly maintain their inspections on slaughter and production facilities, and analyse raw materials that are being used in industries, plus other things that have an impact on Halal products to avoid any type of Haraam contamination such as packaging and logistics.

Halal Certification not only declares the product as Halal but also has a reputation for ascertaining a hygienic and contamination-free product. Due to its wholesomeness, this certification is getting popular among non Muslims as well.

Aiman Jahangir, Halal Technical Expert and Assistant Manager Certification, Centre for Halal Assurance is a Food Technologist based in Lahore Pakistan with a demonstrated history of working in, and a strong knowledge of, different Food Safety Standards and Nutrition.