A delegation of over 30 Irish agri-food and agri-tech companies is being led by the Minister for Agriculture, Michael Creed, on a 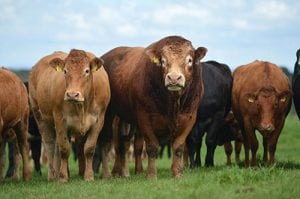 Showcasing Ireland as a source of high quality sustainably produced meat, dairy and other food products is top of the agenda on the trade mission.

The delegation will depart tomorrow, with a number of high profile promotional events starting Sunday morning in The Kingdom of Saudi Arabia, before moving onto the United Arab Emirates (UAE) for events starting in Dubai on Tuesday morning.

Speaking in advance of his departure Minister Creed said that this Trade Mission is a fantastic opportunity to promote the Irish agri-food sector in key markets.

“Together Saudi Arabia and the United Arab Emirates are already taking over €200m of our food exports, which is an increase of over 50% in just the last three years.

“Irish exports to the Gulf Cooperation Council (GCC) countries are already at €250m and set to increase in the coming years. I am determined to be as active as I can in promoting Irish agri-food products in as many markets as possible.”

The Gulf States offers enormous potential for the Irish food and drink industry and can contribute to achieving the ambitious targets in the Food Wise 2025 strategy.

“Combining efforts at political, diplomatic, technical and commercial levels through trade missions such as this one is a valuable means of raising the profile of Ireland as a food producing nation and unlocking commercial opportunities for Irish food and agri tech companies.

“This visit is part of an intensified programme of trade missions to be undertaken by Government in the coming weeks and months.

“Continuing market diversification and intensification of efforts in markets where we already have a foothold are key elements to the Government’s long-term plan in responding to Brexit. This programme is part of the 20 specific Brexit-related actions in Action Plan for Jobs 2017 and will feature in the upcoming Trade Strategy.”

In addition to the participating companies, the Minister will be accompanied by senior delegates from Bord Bia, Enterprise Ireland, Sustainable Food Systems Ireland and Irish Thoroughbred Marketing.

The mission will include visits to Riyadh, Abu Dhabi and Dubai, all major cities in the region, and will involve over 30 separate engagements, including meetings with key political influencers, regulatory bodies, and potential customers for Irish produce.

There will also be an important equine focus in Dubai, with a meeting scheduled with Sheikh Hamdan bin Rashid Al Maktoum.

According to the Department of Agriculture, the focus of the trade mission will be to:

Speaking before leaving on the trade Mission Tara Mc Carthy, CEO of Bord Bia, said that the trade mission provides Bord Bia and the Irish food exporters the opportunity to drive increased trade to the GCC region following a rise of 26% in the past five years and realise Ireland’s ambition to double exports to the region in the next five years from the current value of €250m.

“During our engagements with food buyers at trade events and at the Gulfood Trade Fair we will outline our strategy for the region which is rooted in insight combined with our investment in talent and our Origin Green sustainability programme.”

The Department has outlined what the Minister and delegation will be doing on the trade mission:

The visit to Saudi Arabia will involve key political and commercial meetings and also a number of important promotional and media events.

The Minister will meet his counterpart in the Saudi Ministry of Environment, Water and Agriculture as well as the Chief Executive Officer of the Saudi Food and Drug Authority. A meeting is also due to take place with Senior Officials in the Gulf Cooperation Council (GCC), who have an increasing role in relation to certification and food safety import controls in the region.

Minister Creed said that he is looking forward to meeting his counterpart in the Ministry of Environment, Water and Agriculture, Abdul Rahman Al-Fadhli, to promote Irish food and explore co-operation possibilities.

One of my key priorities in Saudi Arabia is also to try and secure an agreement to allow for a significantly enhanced access for Irish beef and this will be the priority when I meet the Saudi Food and Drug Authority on Sunday.

The second day of the visit to Saudi Arabia will see a greater focus on the dairy sector with visits to dairy companies and associated meetings.

This represents an increase of almost 50% over the course of only three years. Some 95% of these exports are in the dairy sector.

“Saudi Arabia was recently the third largest non EU destination for Irish agri-food exports, only behind China and the USA.

“It is already a more significant agri-food export market than a number of EU Member States and I am keen to build upon and further develop this progress.

“It is also a hugely important country for Irish agri-tech exports. Whilst to date, the dairy sector has been the key success story in terms of our agri food exports to Saudi Arabia, I am determined that in the coming years we will see an increase in beef and other exports there also.”

Political meetings are scheduled with the Ministry for Climate Change and Environment, and the Abu Dhabi Food Control Authority.

The Club sees award-winning chefs give pride of place to Irish beef by serving it in their restaurants and their advocacy of it among diners, shoppers and the food media legitimise Bord Bia’s positioning of Irish Beef as a premium product.

Whilst 70% of these exports are in the dairy sector, a growing range of other agri- food exports are also now in evidence including beverages, fish, foodstuffs, cereals, eggs and also meats.

The Department of Agriculture, now has a permanent presence in the region, with an Agriculture Attaché based full-time in the Irish Embassy in the UAE, with responsibility for neighbouring Gulf States. The Department remains committed to maximising the potential of its network of agricultural attachés, from an agricultural trade perspective, and this is entirely consistent with the Food Wise 2025 strategy.

The visit will continue in Dubai with the participation of the Minister at the Gulfood trade fair which is now the largest event of its kind in the world.

“This Mission was planned specifically to coincide with Gulfood, the world’s largest annual food event. I am particularly pleased that I will have the opportunity to assist the more than 20 Irish companies that are participating in this event.

With over 5,000 exhibitors from 120 countries and an estimated 95,000 visitors to Gulfood, this provides a major opportunity to showcase the best of safe, high quality and sustainably produced Irish food and drink.

The visit will culminate in a keynote address by the Minister at an Origin Green Gala Dinner in Dubai, where there will be more than 300 attendees, including buyers and key influencers in the region.

“Irish food companies have already made significant inroads into these markets but the potential is there for significant further growth.

“I am delighted to be in a position to build upon this momentum and to ensure that the Irish brand in this part of the world becomes synonymous with world class standards of food safety, production and sustainability.

“I am confident that this mission will enhance Ireland’s reputation and make a significant contribution to developing the footprint of Irish companies in the Gulf States, and I regard this as critically important work particularly against the background of Brexit.