By Richard Smith, The National

TOKYO // The Japanese government wants to attract more Muslim tourists from the Middle East and last year eased visa restrictions for citizens of several regional countries, including the UAE and Jordan.

While Emiratis can apply for a multiple-entry visa to Japan that is valid for three years, Jordanians are 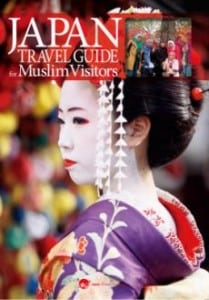 “I think [Japan] is opening up slowly,” says Shusaku Hinoki, at the inbound tourism unit of Freeplus, a Japanese private tourism company.

“There has been some movement for restaurants to open up for Muslims, and preparing halal food,” he says.

Apart from the Middle East, there are an increasing number of tourists from Muslim countries in east Asia, such as Indonesia and Malaysia, to Japan.

Japan has focused on boosting tourism figures, and aims to capitalise on the 2020 Olympic Games to attract one million Muslim visitors a year. This is about 4 per cent of total tourist numbers today, with annual growth forecast at 18.7 per cent to 2020, according to Crescent Rating.

To boost the figures, Japan also started offering visa-free entry to Indonesians, Malaysians and Thais, to cater better to the 65 per cent of Muslim visitors who come from South East Asia.

As the number of Muslim tourists has risen, so have halal facilities and services, evident in CrescentRating’s Muslim Friendly Travel Index score for Japan, which rose from 3.9 (out of 10) in 2013 to 4.5 in 2014.

Indicative of this trend is TFK Corporation, an airline caterer in Tokyo, which recently invested about US$530,000 to upgrade its facilities at Narita International Airport to be halal-certified for in-flight meals.

A mobile phone app – Halalminds – has also been launched, by an Indonesian, to help Muslims locate halal products in Japan.

For those who do make the trip, there are some dedicated operators offering holidays and tours expressly designed for Muslim visitors.

One such is Miyako International Tourist Company, based in the city of Hiranoku in Osaka Prefecture, which has been offering halal tours since 2012.

“With our trained Muslim staff, we specialise in hosting Muslim travellers by planning their trips and arranging their tours to Japan,” the company says.

“We understand the concern of Muslim travellers regarding halal food, praying facilities and all other aspects that fulfil our religious belief. Also you will enjoy visiting the mosques in Japan and see the Islamic scenes of Japan,” it adds on its website.

In the past two years, the tours have attracted 400 to 500 guests, making up 30 per cent of the company’s business, says the company representative Ryoma Miyoshi.

Its Aladdin Tour leaves the guests’ hotel in the Japanese capital at 9am.