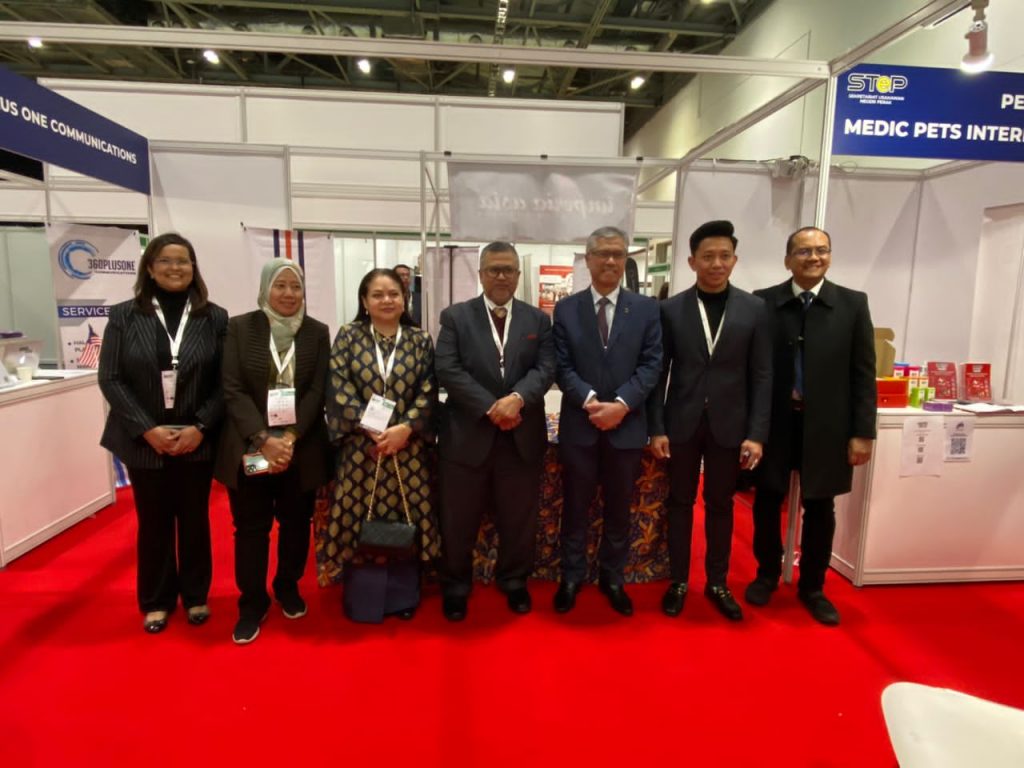 LONDON: Malaysia is making its strong presence by taking up a pavilion called “Malaysia Showcase”. The first-ever Malaysia Showcase in London is hosted and organised by My Events International and it is held in conjunction with Halal Expo London on 2 – 3 December 2022 in Excel, London, United Kingdom. Malaysia Showcase provides a gateway to open new markets for the Halal industry in the UK and increase their export potential following Malaysia’s National Recovery Plan.

The goal of Malaysia’s Halal Showcase was to inspire local halal businesses in Malaysia to make the most of the occasion and to inspire Muslim business owners and entrepreneurs worldwide to collaborate, share ideas and communicate with one another in order to grow and strengthen their enterprises throughout the world. By giving them the platform, these entrepreneurs were highly encouraged to demonstrate their presence in doing business on the international market. The size of the Malaysia Showcase Pavilion at the Halal Expo London was 100sq/m, that showcased 14 companies from Malaysia.

The Malaysia Showcase pavilion was officiated by His Excellency Dato’ Zakri Jaafar, High Commissioner Malaysia in London on Friday, 2 December 2022 at Malaysia Showcase Pavilion, Halal Expo London, Excel, London at 2.00 pm accompanied by the MATRADE Trade Commissioner of Malaysia in London, Ms. Nurdiana Abdullah. The level of participation this year had more Halal Businesses joining as it continues to expand and provide a profitable advantage to the Halal market. Global economic growth is significantly boosted when the halal economy able to seize the possibilities and solve issues brought on by globalisation.

Malaysia Showcase anticipated to establish new business relationships and enhance existing ones. The UK halal market is today worth of USD 4.5 billion and is now the third largest e- commerce market in the world, after the United States and China. According to projections from the think tank Pew Research Centre, the Muslim population alone is set to triple in 30 years, rising from 4.1 million in 2016 to 13 million by 2050. Moreover, there were 6 million consumers of halal food nationwide according to the UK Food Safety Authority.

According to the High Commissioner of Malaysia in London, Dato’ Zakri Jaafar,

“The United Kingdom (UK) has a big potential for the Halal market and has one of the major Muslim populations. Our top priority is to welcome those potentials back to Malaysia. It is encouraging from a trade perspective that we have a strong exchange, especially from Malaysia to the UK.”

He also said that their aim is to make London as a gateway of the Halal industry to the Europe market range.

“Due to Malaysia External Trade Development Corporation (MATRADE)’s goal of promoting Malaysia’s export-ready goods and services, numerous local businesses have been able to forge new paths in the global markets.”

“We are dedicated to establishing the term “Made-In-Malaysia” as a synonym for excellence, dependability, and integrity by showcasing capable Malaysian companies on a worldwide scale today.”

Ms. Hema Kandy, the Organising Chairperson said that the Malaysia Showcase will give the chance to broaden the target market to the £1.8 trillion untapped, globally varied, and lucrative halal market.

“It is our vision to broaden across several industries to meet the 1.9 billion Muslim consumers around the world’s ethical and religious needs, generating business and investment prospects. By fostering the ideal business settings in the area, the Malaysia Showcase aims to promote “Made in Malaysia” goods and services into the London market”, she said.

As the organiser of Malaysia Showcase, My Events International together with the media partners, HalalFocus, H Media, Halal Weekly and The Leaders Online bringing Malaysia Showcase to help the Malaysia’s halal economy expand in foreign markets.

The event includes the well-known Teh Tarik Session, a leisurely discussion of subjects pertaining to the halal market while sipping freshly-made Teh Tarik (milk tea) which was conducted for educational conversations with experts in the field and people from various backgrounds. It was anticipated that the entrepreneurs get to network and work together during the event. The Malaysia Showcase anticipated a sizable contingent of overseas exhibitors to establish business ties with the halal market and economy.