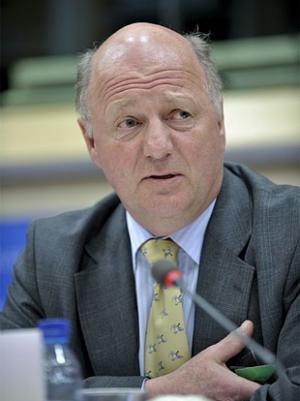 The government has vowed to look again at the issue of non-stun religious slaughter, saying that regulation may have a role to play, the agriculture minister has confirmed.

Speaking at the BMPA conference (24 May), Jim Paice said that the implementation of an EU regulation on the protection of animals at the time of killing in January 2013 provided an opportunity to consider how to improve the welfare of animals slaughtered in accordance with religious rites, an issue which had risen up the political agenda in recent years.

He told delegates: “The position of the government is absolutely clear. We would prefer to see all animals stunned before slaughter but we do respect the right for people to eat meat which is prepared in a way that reflects their religious beliefs and we will continue to allow religious slaughter.”

However, he said that we cannot be complacent, and that having personally witnessed cattle being slaughtered without pre-stunning, he was keen to keen to see what could be done to reduce the “immense distress and pain which they must be suffering” and to find a better way forward.

However he recognised that this was a highly controversial matter and that there was widespread public misconception that religious slaughter, particularly halal, and the assumption that this automatically meant non-stun slaughter.

He said that the number of animals not stunned before slaughter was around 3% in sheep, cattle and goats, or 4% in poultry. However, he did concede that there was a difference between the species, particularly for sheep and goats.

As to whether consumers should be better informed, Paice said: “We support the principle that consumers should have accurate information about the food they are eating,” adding that there had already been significant changes across industry.

He said: “We know that they are conveying real responsibility in trying to establish traceability and identify point of slaughter to the point of consumption, but regulatory may well have a role to play.”

“Government are not going to lay down the definition of halal or kosher slaughter – that’s for the religious authorities to do – but we can and must lay down what is acceptable and what the British consumer should be told.

“I am convinced that we need to move from the current situation which I’ve witnessed and am convinced is not acceptable to a large number of people.”

The government plans to review the rules covering religious slaughter of animals – including the controversial permission to kill without stunning.