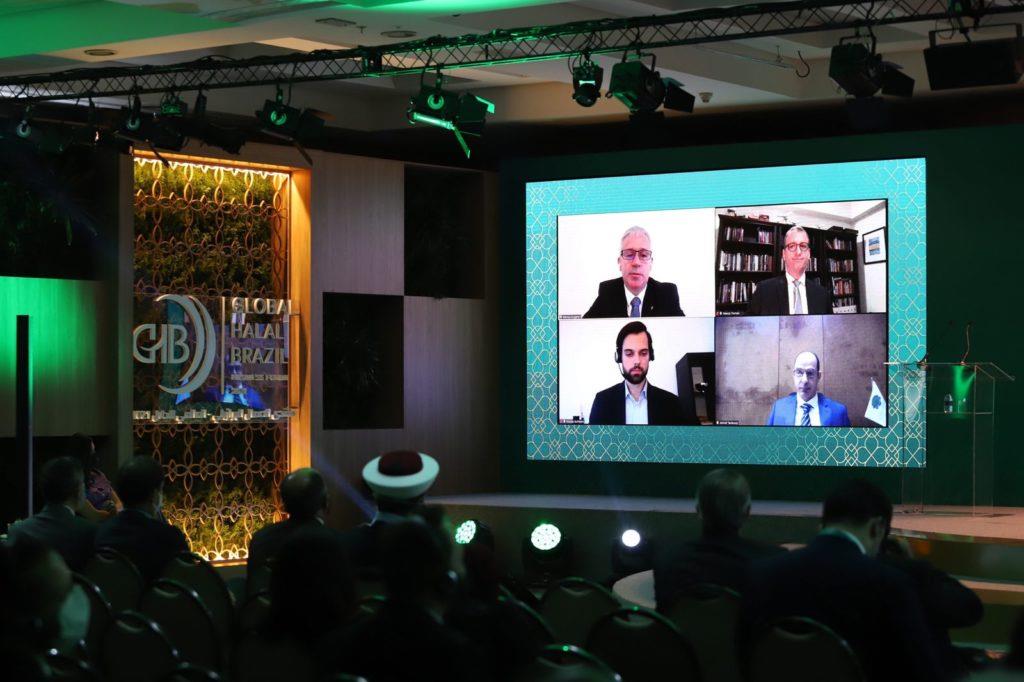 São Paulo – New technologies will help Muslims consume products that are actually halal, i.e., fit for Muslim consumption. Experts that participated in the Global Halal Brazil business forum on Tuesday (7) presented the traceability made possible by blockchain as something that will help Islam followers check how the product they are buying was made. 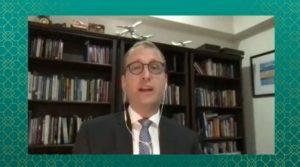 The moderator of the panel“Digitization and Blockchain: The New Frontier for the Global Halal Industry,” Arab Brazilian Chamber of Commerce (ABCC) IT manager Marcos Bulgarelli explained that the halal product could be traced by the consumer via a QR code they will read with their mobile at the supermarket. Then they will be able to know the entire path of the acquired product from farm to shelf.

Among other benefits, Tieman stressed the transparency that blockchain will provide halal. When there’s any problem in the chain, the problematic part can be isolated so that certifiers do a quick audit, the issue be fixed, and the product can be defined as halal or non-halal.“There’s a relationship between trust and purchase intent,” the LBB’s CEO said. 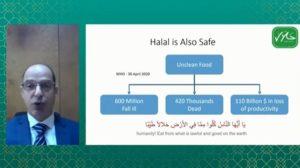 Participating from Egypt, Islamic Chamber Halal Certification Services CEO Ashraf El Tanbouly talked about the multiplication of halal brands and logos and how confusing this may be for consumers. He said the Islamic Chamber found over 400 halal brands.“There’re always trustable and non-trustable certifiers. Some do the certification, others only use the logo,” he said.

Therefore, the Islamic Chamber is creating a halal brand that is trustworthy for all.“There must be a way the consumer can validate that, a QR code through with they can check that it’s halal – that’s what we’re trying to build,” he said. Tanbouly said that for a brand trusted by the Islamic community to be created, the consumer has to accept it and demand it.

Tradelens commercial manager Nicholas Buhmann presented the Tradelens platform as an initiative that uses technology to integrate global supply chains. It’s an initiative by Maersk and IBM aimed at digitizing the global trade. Fifty percent of companies involved in the international container traffic are now part of the platform, which has cargo tracking as some of its activities. 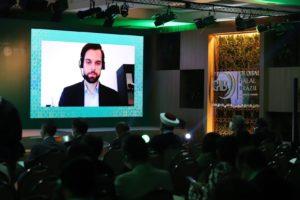 Buhmann presented the participation of several entities like a major asset of Tradelens.“Regardless of the technology, what matters is who’s using,” he said. He said people had some concerns about data sharing at first.“People used to think they had to protect their information, but now they see that by sharing some data, everyone can work together in a more streamlined fashion, benefiting from more transparency across the supply chain,” he said.

The commercial manager said he finds Arab countries like Saudi Arabia, United Arab Emirates, Qatar and Egypt as more progressive regarding digital change than other parts of the world, as they are keener to embracing new technologies and using blockchain.“It’s important to fast-track the integration of the other end of the chain, which could be Brazil or other countries that do business with the Middle East,” he said.

Besides discussing traceability, Marco Tieman talked about the several stages where a halal market can be, which is important that suppliers take into account, he said. The first would be one in which trade is based only on the buyer-seller trust. In the second, this trust is based on halal certification. In the third, halal must be across the entire chain, from the origin to the point of sale.

“It’s evolving from halal companies and product to a halal-value chain,” Tieman said. According to him, countries like Malaysia, Indonesia and Turkey is on the third stage. There’s still a fourth phase where sustainability, Islamic finance, branding, marketing and other factors are also considered.“It’s important to know the level of demand of the Muslim market we’re dealing with,” he said. 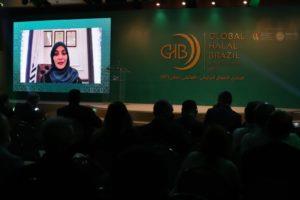 Sindi spoke on the behalf of the Islamic Bank

Before the panel, the keynote speaker was the chief advisor to the president of the Islamic Development Bank, Science, Technology and Innovation, Hayat Sindi. Sindi was nominated among the top 100 inspiring and influential woman of the world in 2018 by the BBC and is a UNESCO Goodwill ambassador. She and the other participants of the first panel of the way spoke remotely.

Sindi talked about how halal grows in global trade and how important it’s taking innovation and new technologies into the industry. According to the advisor, the halal system draws more and more attention from lawmakers and the private sector across the globe, and its ecosystem has widened to include international organizations and multinational companies, the academy, trade, investments, incubators, and others.

The Global Halal Brazil forum is held by the ABCC and the Federation of Muslim Associations in Brazil (FAMBRAS Halal) with the support of the Trade and Investment Promotion Agency (Apex-Brasil), BRF, Pantanal Trading, Portonave, and Iceport. It is hosted by journalist Renata Maron. The event can be watched on the event’s website or the ABCC’s YouTube channel. It features translation into Portuguese and English. Registration is still open.