A record-breaking number of visitors have taken part in the UK’s biggest-ever showcase of the trillion dollar Muslim consumer market. Over 12,000 people from across the country attended the 2nd annual Muslim Lifestyle Expo 2016 (MLE2016) which took place at EventCity in Manchester.

Alongside a modest fashion show, comedy acts, and a live cooking theatre, the two-day event saw over 130 exhibitors from 20 countries including brands such as Asda, Turkish Airlines and Brunei Halal promote their products and services. Over six in 10 exhibitors taking part were Muslim female entrepreneurs from across the country.

Tahir Mirza, founder of MLE, said: “Our vision has always been to create a commercial platform that highlights the growing Muslim lifestyle sectors and we are delighted to have delivered this again through MLE2016.

“The expo serves to highlight the immense contribution the Muslim community makes to the global economy.

“It is our third MLE event in the space of 14 months which is now the biggest showcase of the rapidly expanding global Muslim lifestyle sector and is becoming a firm fixture in the calendar. 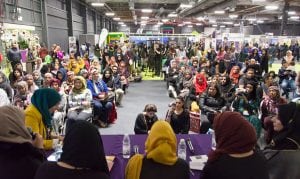 “MLE is a great platform for entrepreneurs and start-ups and it gives them the confidence to flourish. The high number of Muslim businesswomen is a great example of this highlighted by our packed  ‘mumpreneurs’ panel discussion.

“We would like to extend our thanks to all those who attended from across the UK and abroad and those who exhibited and played a part in making this year’s event so successful. It has given us the inspiration and energy to make our 2017 event even bigger and better.” 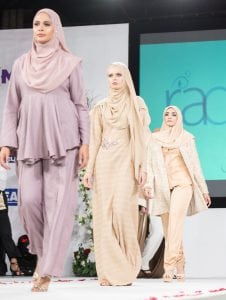 Thought leaders like CEO of Alchemiya Navid Akhtar, Abdalhamid Evans, founder of HalalFocus, FTSE 100 mentor Moe Nawaz and established entrepreneurs highlighted the growth of the Muslim lifestyle markets by sharing business insights and advice at the MLE Connect seminars during the two days of the expo.

The Muslim Lifestyle Expo has been created to provide a unique marketing platform for global brands and businesses to engage with the Muslim consumer.

Earlier this year, Muslim Lifestyle Expo won the Services in Creativity and Technology award at The British Muslim Awards 2016.